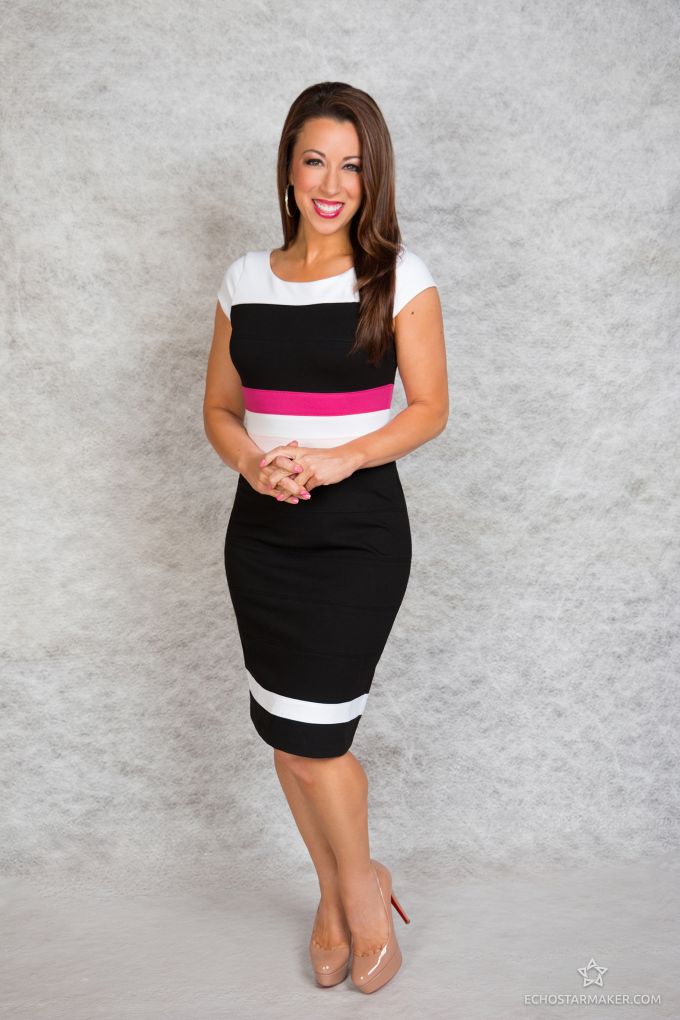 My broadcasting career started at a young age, in my parents’ living room. I was the self-appointed fill-in for Bob Vila of “This Old House” fame, and would spend my days incorrectly quoting the title of the show, “brush microphone” in hand, announcing “Hello. I’m Bob Vila and THIS IS an old house.” The show consisted of me proudly pointing out the down home features of our little Idaho house.

As I got older, I became fascinated with current events and politics. I would listen to talk radio with my dad and we’d debate topics in the news. I realized I wanted to become a broadcast journalist but I needed to find a way to achieve that goal. As a first generation college student, I started saving for college in 8th grade and eventually attended the University of Idaho, with the help of academic and cheerleading scholarships.

A first taste of “big city life” presented itself during a college fellowship with the International Radio & TV Society Foundation in New York City. While there, I interned at Fox News Channel and became a member of the National Association of Hispanic Journalists.

From the time I was a little girl, no matter what we had or didn’t have, the Anchondo kids were taught to give back in any way possible. Because of that, I believe the power of TV should be used for “good”, as much as possible. Being a journalist has allowed me to double up my philanthropic efforts. I see this as one of the biggest “perks” of the job.

I’m grateful to have found a wealth of people in Dallas who also have a goal of giving back. I was recently named to the board for the Housing Crisis Center, which aims to prevent homelessness and put those at risk for homelessness in affordable, permanent housing. I’ve also been able to speak locally to children in several schools about the importance taking advantage of their educational opportunities.

The Salvation Army and Habitat for Humanity are very close to my heart, as is any effort that involves literacy. I have been lucky enough to be involved in all sorts of youth literacy projects such as the “Elevate Your Reading” campaign, the United Way of Central Indiana’s “Read Up” campaign and KIPP Indy’s literacy program. I’ve also been a speaker at several career day events and have volunteered at the Pacers “Season of Giving” program. I’ve also had the honor of working with Little Red Door Cancer Agency as their media partner for several years.

The way I see it, part of giving back involves mentoring others. Along with a group of incredible people, I helped to start “Mentoring Women’s Network”, which is a nation-wide community of empowered women supporting one another through mentoring. A few months after moving to the DFW area, I’m proud to say that we were able to open a Dallas Mentoring Women’s Network chapter! It makes me so happy to know that local women are getting this opportunity to be able to lift each other up and support each other in their careers. Being a part of it has helped me to reach some of my goals as well. I’ve always wanted to author a book and I came a little bit closer to that goal when I was a featured writer in the recently released book, Landing on My Feet: Learning to Lead Through Mentoring.

Fitness is my other passion and I’m on a mission to bring fitness to the masses! I’m definitely not a “gym rat” and am probably one of the first people to devour a sweet treat when it’s dropped off in the newsroom, but I think attempting a healthy lifestyle makes for a happier life. I’ve worked as fitness writer, personal trainer and group fitness instructor for the past 12 years and have taught everything from Zumba to boot camp to Spinning. Among other projects, I hosted and created the Indiana Pacers “Get Pacers Fit” workout videos. I’m certified through several agencies including the American Council on Exercise. I still hate running but did a 1/2 marathon, just so I could write it in my bio. Well, there you go. Bio. Checked. On the flip side, I love snowboarding, hiking, biking and most outdoor adventures!

Colleagues caution that a monster was created when I first got a smart phone. If the Twitter and Facebook addiction thing is real, I have it. Until someone sends me away to get help for that addiction, let’s connect! I’m @JennyAFox4 on Twitter and @Jennyanchondo on Instagram.